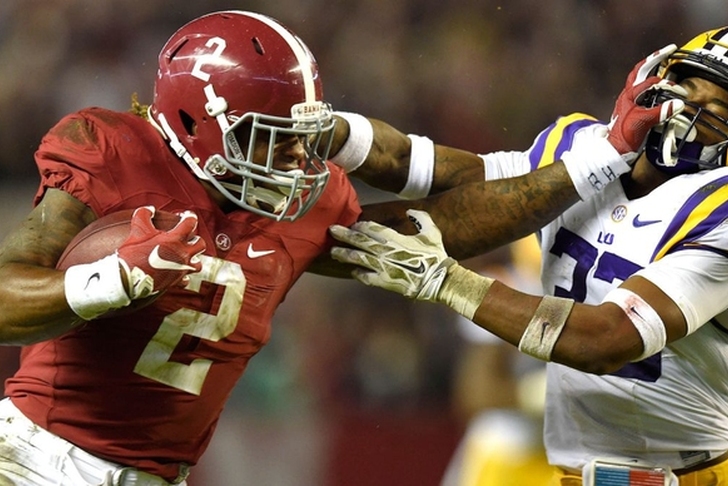 With the No. 45 overall selection, the Tennessee Titans have selected RB Derrick Henry from Alabama. The Titans already have DeMarco Murray at RB, making this a surprise pick.

Scouting Report:
Henry had a monster year at Alabama, although carried the ball a ton. He’s a massive RB, but only broke 7 tackles last year. Still, he’ll carry the pile for extra yards. Impressive straight-line speed for a player his size, but isn’t very shifty. He can go north-south, but will struggle when asked to move east-west. A surprisingly good pass blocker, but limited in the passing game. Henry can start right away and is basically the next Brandon Jacobs.