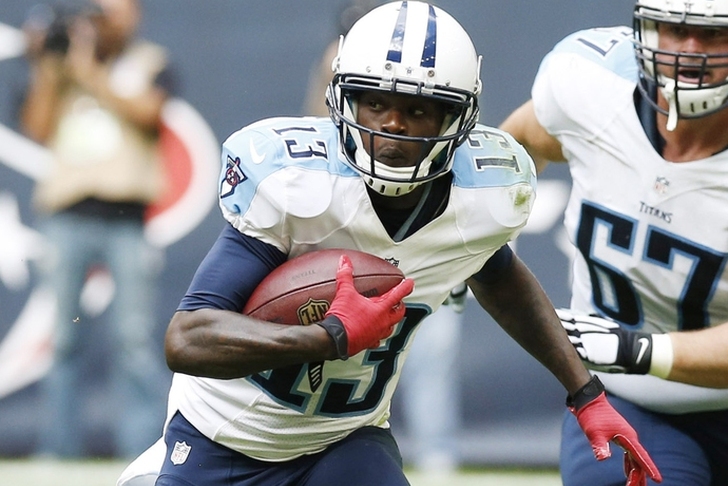 The Tennessee Titans are coming off an awful season, and they still have some work to do. There is some fantasy football upside, but there isn't anyone worth spending a high draft pick on. In most drafts, the Titans will be one of the last teams to have a player drafted.

Mariota has long-term fantasy potential, but there isn't any reason to invest in a rookie QB this year.

Sankey never got it going last year, which was disappointing for fantasy owners. He's worth a flier, but don't expect a lot.

Cobb is behind Sankey, but might end up getting a shot. He's not draftable, but monitor him in the preseason.

He's got Flex potential, but will need time to develop chemistry with Mariota.

Walker had some big games last year, but could use some consistency. He's worth taking as a low-end TE1.

Keep it here for all your Fantasy Football needs and Tennessee Titans news.