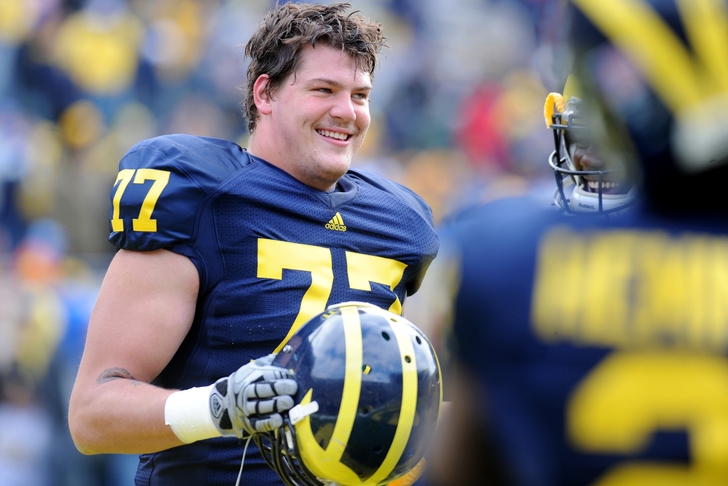 With the 11th overall pick in the 2014 NFL Draft, the Tennessee Titans have selected Taylor Lewan out of Michigan.

Despite questions about his character stemming from three misdemeanor charges incurred after an alleged assault of two Ohio State fans last December 1st, Lewan’s durability and on-field leadership as Michigan team captain these past three seasons was unquestionable. Lewan started all 39 games for the Wolverines at left tackle from 2011-13, winning Big Ten Offensive Lineman of the Year in 2012 and 2013. His athleticism was firmly on display at the NFL Combine -- outpacing all offensive linemen in the 40-yard dash (4.87 seconds), along with ranking highly in the vertical jump (30.5 inches) and the 3-cone drill (7.39 seconds).

Lewan showed he had what it takes to succeed against top-tier Big Ten competition as a four-year starter for the Wolverines. His balance is outstanding and he has a natural quickness when it comes to reaching and engaging linebackers at the second level. Lewan is extremely hard to topple over, combining good footwork and innate toughness to outlast defenders when blocking either in pass protection or for the run.

Check out Taylor Lewan's highlight video for a closer look into what he brings to the Titans: