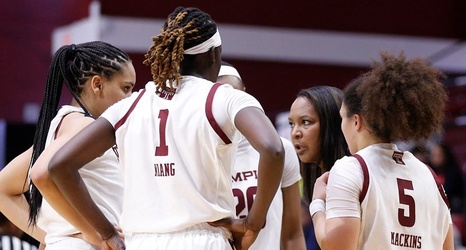 PHILADELPHIA — The Temple women's basketball team will open the 2020 American Athletic Conference Tournament on Friday afternoon, taking on the ninth-seeded Pirates of ECU at 2 p.m. on ESPN3. The Owls finished the regular season in a tie for sixth place and have earned the eighth seed in the tournament.

THE OWLS
> Temple enters the 2020 American Athletic Conference Tournament with an overall record of 15-14, including 7-9 in conference action.
> After starting conference play 4-0, the Owls went 3-8 in their last 11 American matchups as they closed the regular season on a four-game losing-streak.