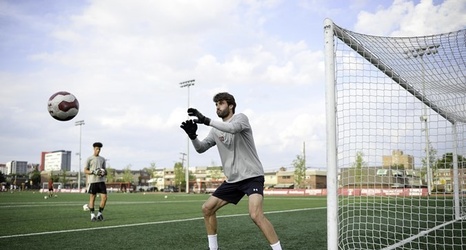 PHILADELPHIA – After a stellar two-year campaign between the posts for the Temple men's soccer team, goalkeeper Simon Lefebvre was selected by D.C. United in the first round of the 2020 MLS SuperDraft on Thursday afternoon. Chosen 21st overall, the Ossun, France native made history as Temple's highest-ever pick in the draft and is the program's first-ever first round pick. He's just the second Temple men's soccer player to ever get drafted, joining 2017 third-round selection Jorge Gomez Sanchez in the history books for the Owls.

Lefebvre is already the second player under head coach Brian Rowland to take his career to the next level this year, joining fellow senior Lukas Fernandes who signed a professional contract with Pittsburgh Riverhounds SC in December.