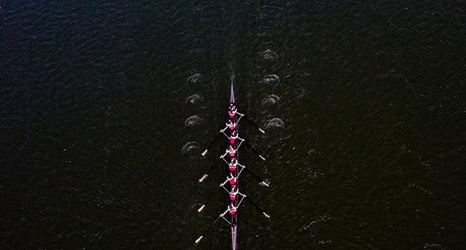 PHILADELPHIA - Temple women's rowing took to the water again this weekend, facing off against La Salle and George Mason in a series of races Saturday afternoon on the Schuylkill River.