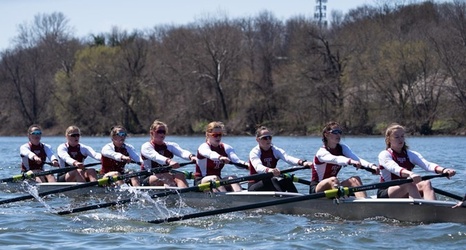 Last weekend, the team brought home two bronze medals from the Murphy Cup, competing in three of the four scheduled events. First up was the Varsity Four who finished fourth with a time of 7:42:50. This was followed by back-to-back eight boats, with the Second Varsity Eight earning a bronze medal against Penn and Drexel, and finishing with a time of 6:58:10.