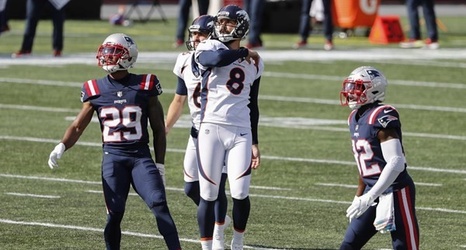 PHILADELPHIA – Former Owls enjoyed continued success in the NFL this week as they close in on the middle of their seasons, with 17 players from North Broad dressing to play on Sunday and Monday.

In the best kicking performance in the NFL so far this year, Denver's Brandon McManus (2009-12), in his 100th career regular season game, converted six field goals on six attempts in a 18-12 win over New England. Along with this being his single game career-high for field goals, McManus is also the first kicker in Denver Broncos history to make six or more field goals in a game.