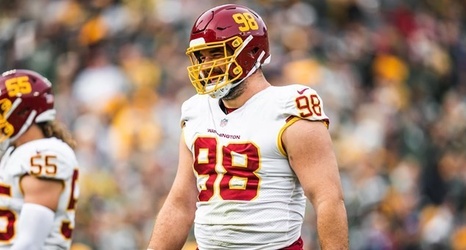 Everyone knows that Owls are nocturnal animals and the darkness of primetime games has provided a spotlight for the Temple brand.

All three NFL primetime games showcased the Owls. Thursday Night Football featured Matt Hennessy (2016-19) and his Atlanta Falcons who lost to New England, 25-0. Sunday Night Football was the spot to witness the debut of Daniel Archibong (2016-20). He notched two tackles as his Pittsburgh Steelers fell to the Chargers, 41-37. Quincy Roche (2016-19) had a career-high six tackles, including one TFL, as his Giants played at Tampa Bay on Monday Night Football.