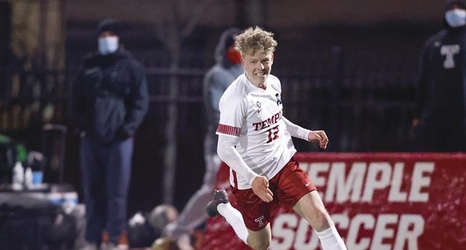 PHILADELPHIA – The Temple men's soccer team will head to Dallas for their final match of the 2020-21 regular season. The team is coming off their second straight win last week, defeating Memphis 3-2 (OT) for their first overtime win of the season. The 8 p.m. match will be streamed on ESPN+.

THE OWL POST
> This will be the third match Temple has played in eight days.
> Earlier this season, Temple secured one of their best wins in history against SMU. The Owls claimed victory over the previously undefeated No.