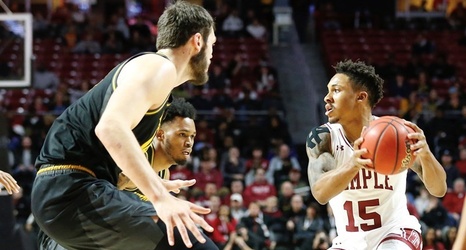 PHILADELPHIA - An early second-half run was not enough to seal the win as the Temple men's basketball team fell 54-64 to Missouri Saturday night. With the loss, the Owls drop to 6-2 overall in their first home-loss of the season.

Game Summary
> Sophomore scored a career-high 11 points, draining three jumpers and going 5-of-7 at the foul line.
> The Owls shot 34 percent from the field, making just two-three pointers.
> led Temple with 16 points, while was one rebound shy of his fourth double-double of the season (10 points, nine rebounds).