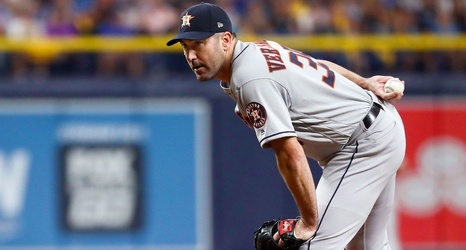 NEW YORK -- In a way, we've been here before. Many times. Close-out game. Justin Verlander on the hill. It's a sensation of eternal return and it usually ends bad for the opposition.

But not always: We're 10 days removed from Verlander's last chance to close out a series. Doesn't it seem longer than that? But you remember -- Verlander got the call to start Game 4 of the American League Division Series against the Tampa Bay Rays on three days' rest. Which he'd never done before in full, back-to-back starts.

"He's one of the best pitchers in the world," Houston Astros manager AJ Hinch said after tabbing Verlander the night before that outing.