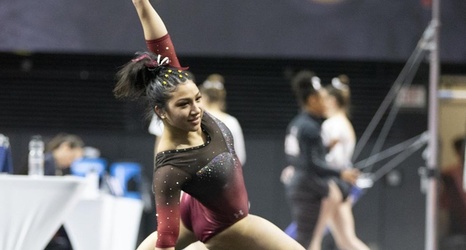 PHILADELPHIA— Temple women's gymnastics will compete in the Eastern College Athletic Conference (ECAC) Championships, hosted by Cornell, on Saturday, March 23 in pursuit of the program's first conference title. The Owls, ranked first in the ECAC, will take on Brown, Cornell, Penn, William & Mary and Yale at 12 p.m. in Newman Arena.

The Owls
>The Owls are led by head coach Josh Nilson, who is in his first season at the helm of the Cherry and White.
> Last time out, Temple (14-14, 3-1 ECAC) closed out the regular season with on a high note, as the team notched a first-place finish and sophomore Monica Servidio broke the program's all-around record.