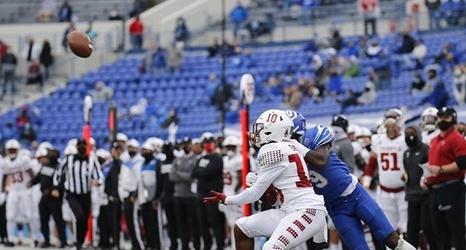 THIS WEEK
Temple's home stretch continues this week against the Memphis Tigers with its third straight home
game. It will be both teams first American Athletic Conference game this season. This will be Temple's
homecoming game. Kickoff is scheduled for 12:00pm and will air on ESPNU and 97.5 The Fanatic.

LAST WEEK
After a slow start out of the gates which led to a 7-0 deficit at the end of the first first quarter, the Owls
were able to right the ship, scoring 41 unanswered points to defeat Wagner. The Seahawks scored on
their opening drive, but an interception from defensive end Manny Walker and two first-half rushing
touchdowns from RB Kyle Dobbins gave the Owls the lead going into hafltime.