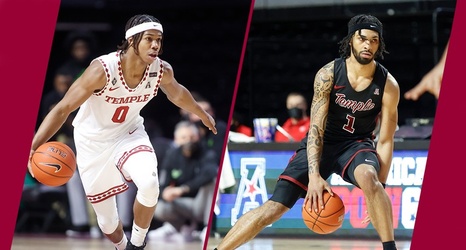 Dunn, who was among the nation's leaders in free throws made (6.1) and attempted (7.9) per game, ranked second on the Owls in scoring (13.5 ppg.) and third in assists (29). The Meadowcreek, Ga. native also earned a spot on the American Athletic Conference All-Rookie Team. Dunn shares the Rookie of the Year honor with Jordan Hall of Saint Joseph's.