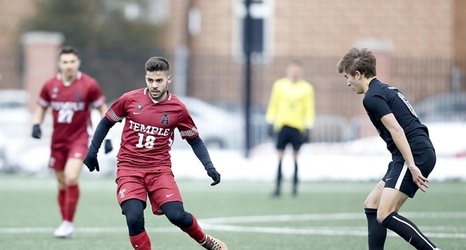 IRVING, Texas- After a pair of wins Tuesday and Saturday, midfielder Amir Cohen, and defender Pierre Cayet have been honored by the American Athletic Conference. Karani has earned AAC Offensive Player of the Week, while Cayet was named to the AAC Weekly Honor Roll for their efforts this week. For Cayet, this is his fourth time being honored this year alone.

For Cohen, it is his second time being honored by the conference after being named to the Weekly Honor Roll early this year. Cohen played a key role in both Temple victories this week.