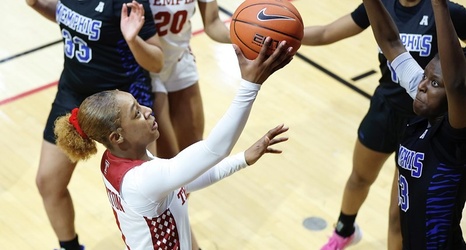 PHILADELPHIA – Rookie Jasha Clinton was named the final American Athletic Conference Freshman of the Week while junior Alexa Williamson earned a spot on Honor Roll, as announced by the conference office Friday afternoon.

Clinton averaged 22 points, 7.5 assists, 4.5 steals and 2.0 rebounds over a pair of wins for Temple. In Tuesday's game, the rookie recorded her first career double-double with 21 points and 11 assists. This marks the first double-double in points and assists for the Owls since 2017 and just the third points/assists double-double in the AAC this season.