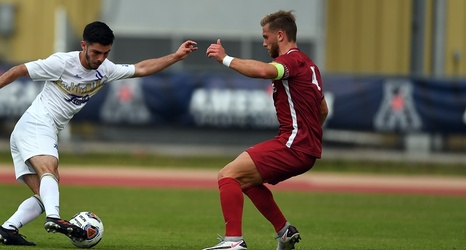 PHILADELPHIA -- The honors keep rolling in for alumni Pierre Cayet, as the recent graduate earned a United Soccer Coaches College Award of Distinction.

The College Player Award of Distinction was established this spring, based on the following criteria: