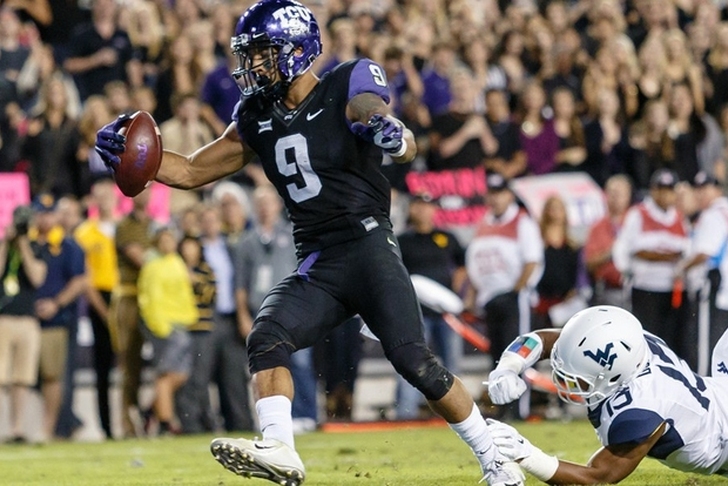 The TCU Horned Frogs have been plagued by injuries this season, and now they'll lose star wide receiver for the rest of the regular season. Head coach Gary Patterson announced Wednesday night that Josh Doctson's season is done with a wrist injury.

Doctson suffered the injury during TCU's loss to Oklahoma State two weeks ago. He caught just one pass for 12 yards during TCU's narrow win over Kansas last week.

Doctson was by far the best WR on TCU, with twice as many yards and TDs as any other wide out. This season, Doctson has caught 79 passes for 1,327 yards and 14 TDs. The top combined stats from TCU's other WRs are 36 catches for 495 yards and 6 TDs.

Doctson is a senior and there's a real chance he'll never play again for the Horned Frogs. A transfer from Wyoming, Doctson played three seasons for TCU. Doctson has a shot to be a first round pick in the NFL Draft.

The Horned Frogs have Oklahoma and Baylor left on their schedule. At 9-1, the Horned Frogs must win out to have any chance at a College Football Playoff berth. With the loss of Doctson, that task became even more challenging.