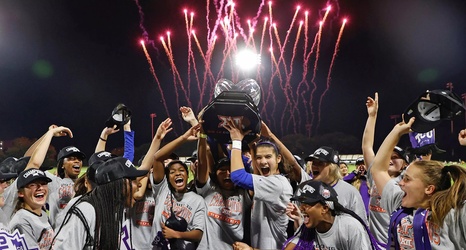 No. 4 TCU Women’s Soccer is back to continue the abbreviated season they began in the fall which ended with the Horned Frog’s first ever Big 12 regular season title.

Originally, the Horned Frogs were set to host the Baylor Bears at Garvey-Rosenthal Stadium this weekend on Saturday, March 6, but the game was cancelled due to Big 12 COVID-19 interruption guidelines. After the cancellation, the spring slate will begin with TCU hosting Texas State on Saturday, March 13. Every game for the spring season is set to kick-off at 7:00 p.m. CST.