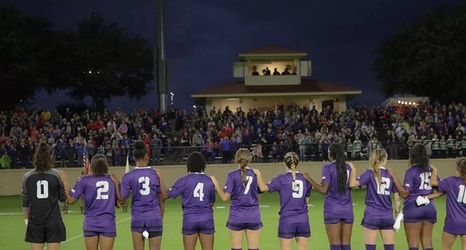 The TCU Horned Frogs soccer team will take on the Texas Tech Red Raiders Friday, October 16, 7 p.m. CST, at Garvey-Rosenthal stadium in Fort Worth. The game will be televised on Big 12 Now on ESPN+.

After being picked to win the Big 12 championship in the preseason, Texas Tech failed to score in both of their opening games leading them to an 0-2-2 record to start the year. The Red Raiders will be desperate for a win in Fort Worth this week.

The Horned Frogs on the other hand are coming off a massive 2-1 overtime comeback win against 4th ranked Oklahoma State in Stillwater.