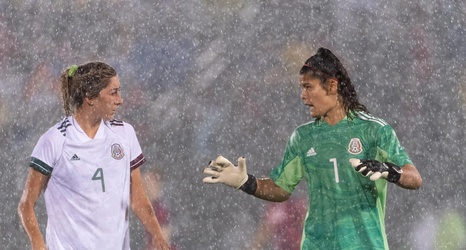 Emily Alvarado is a beast.

TCU’s stud goalie, who helped lead her squad to its first ever Elite Eight, is not the first Horned Frog from the program to earn Academic All American honors, named to the CoSIDA second team.

The academic honor caps an outstanding senior campaign for Alvarado. A first-team United Soccer Coaches All-American and Big 12 Goalkeeper of the Year, Alvarado posted a 0.54 goals against average with an .875 save percentage. She tallied eight shutouts and departs TCU as the all-time leader with 21.

Among her many honors, Alvarado was a United Soccer Coaches All-Midwest Region first team member and All-American and TCU’s nominee for Big 12 Athlete of the Year, alongside Trevon Moehrig of the football program.