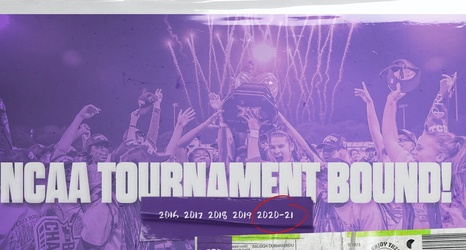 After a 2-1 victory over Notre Dame at home on Saturday, TCU Soccer finished the season with an 11-1-1 record, a Big 12 regular season title and an automatic bid into the NCAA Division I championship tournament.

Is that good? Maybe it’s just me, but that seems really, really good.

The Frogs earned their first ever national seed in the tournament during Monday afternoon’s selection show, coming in at No. 4 behind only Florida State, North Carolina and UCLA.

Hats off to coach Eric Bell for leading the Horned Frogs to their fifth consecutive NCAA tournament appearance and fifth in program history.