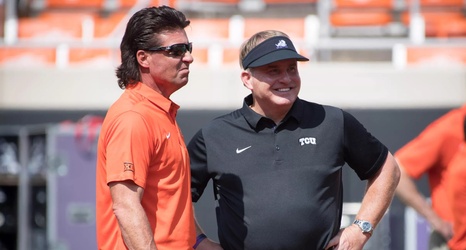 In what is becoming a theme in 2019, the Horned Frogs will play another afternoon contest when they travel to Stillwater to take on Oklahoma State on Saturday, November 2nd.

Frankly, this is a good thing for Frog fans, as the Pokes are notoriously tough under the lights in Boone Pickens Stadium. On the negative side, though, this game will be a big time game when it comes to television coverage, played on either ESPN or ABC.

That means a lot of eyeballs :/.

TCU Football had not won in Stillwater since 1991 prior to beating the then #6 Cowboys on their home field, in what became the Darius Anderson breakout game.