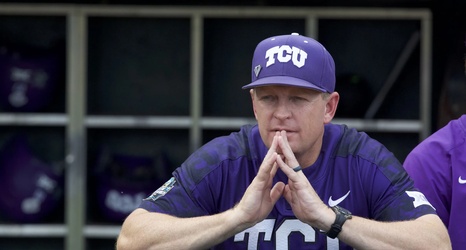 One of the longest tenured and most successful coaches in TCU Athletics history is leaving Fort Worth.

BREAKING: @AggieBaseball has hired @TCU_Baseball’s Jim Schlossnagle as its next head coach, sources tell @d1baseball. Schlossnagle spent the last 18 seasons as the head man at #TCU.

Three years after nearly leaving for Mississippi State, Jim Schlossnagle is officially packing his bags, accepting a contract that was rumored to be 7 years and $1.