Matchups to Watch: TCU vs. Texas 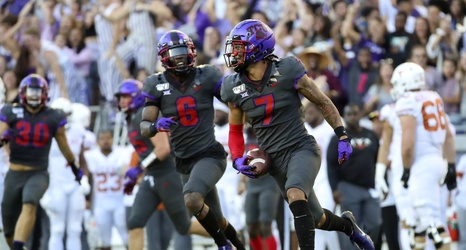 The TCU football team had its chances during Saturday’s season-opener against Iowa State. Quarterback Max Duggan shined with 241 yards and three passing touchdowns in the second half, but the Cyclones seemingly had an answer for every Horned Frog scoring drive, ultimately resulting in Iowa State topping TCU 37-34 at Amon G. Carter Stadium.

This week, head coach Gary Patterson and his squad will travel to Austin for a showdown against the ninth-ranked Texas Longhorns, who scored an astonishing 63 points and compiled nearly 500 yards of total offense in an overtime win over Texas Tech.

The Horned Frogs struggled to pressure Iowa State quarterback Brock Purdy, and running back Breece Hall churned for over 150 yards and three touchdowns on the ground.