Matchups to Watch: Oklahoma vs. TCU 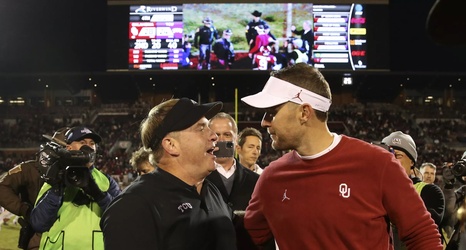 The TCU football team has struggled on its home field, dropping games against Iowa State and Kansas State at Amon G. Carter Stadium. The Horned Frogs will try for their first home win of the 2020 season when they host the Oklahoma Sooners on Saturday at 11 a.m.

The Sooners (2-2) have started their season in nearly identical fashion as the Horned Frogs (1-2), losing games to the Cyclones and Wildcats while edging out the Texas Longhorns for their lone Big 12 Conference victory. Without a Heisman frontrunner at the quarterback position, Oklahoma and its continuously suspect defense appear as vulnerable as they have been over the last several years.