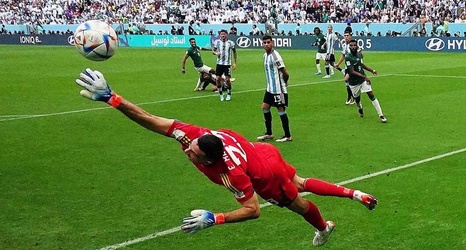 Lionel Messi's Argentina suffered one of the World Cup's greatest shocks as Saudi Arabia came from behind to win 2-1 at Lusail Stadium on Tuesday in front of a 88,012 crowd.

Messi gave Argentina, one of the favourites to win the tournament, a 10th-minute lead from the penalty spot with a coolly taken spot kick.

But two goals early in the second-half, including an outstanding strike from Salem Al-Dawsari, turned the game on its head and left the Albiceleste with little margin for error against Mexico and Poland in their other Group C fixtures.