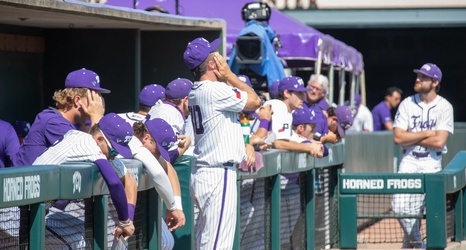 FORT WORTH, TX — They won the Big 12 regular season title. They won the conference tournament. They earned a National Seed and the right to play on their home field for as long as they were playing.

But Sunday afternoon, the playing came to an end, as the Frogs’ offense let them down on the way to a 3-2 loss to the bracket’s #2 seed, Oregon State.

In a stark contrast to the first two games of the weekend, TCU Baseball actually scored first Sunday afternoon, pushing across a run in the first frame, using a double steal to get on the board.