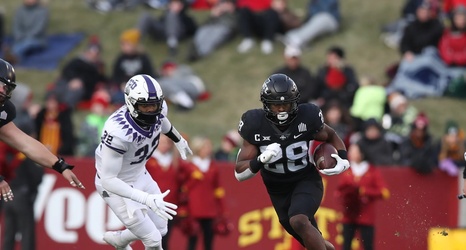 Our season-long nightmare is over.

As news was breaking that Sonny Dykes had indeed been tabbed as the next head coach of TCU Football, the current iteration was getting run up and down in Ames, IA Friday, as Breece Hall and Brock Purdy took what they wanted from the depleted shell of the Horned Frogs.

Hall ran for 242 yards and three touchdowns, the 11th straight one hundred yard rusher the TCU defense has allowed this season. Purdy, in his final home start, threw for 262 yards and two scores as the Cyclones’ offense romped all over a TCU defense which has been no stranger to giving up big plays in 2021.