How to Watch: Kansas State at TCU Football 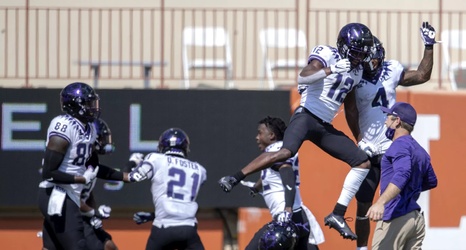 When these two purple people matchup, it’s almost always a tightly-contested game. With just 13 games in their shared history, the Frogs and Cats don’t have longevity, but they do have entertainment. In the eight times they have played since TCU joined the Big 12, only four have been by more than one score and no team has won more than two in a row — in fact, to this point, almost all of the wins have been of the back-to-back variety (TCU won four out of five from 2014-2018), something the Horned Frogs are hoping to change Saturday in Fort Worth.