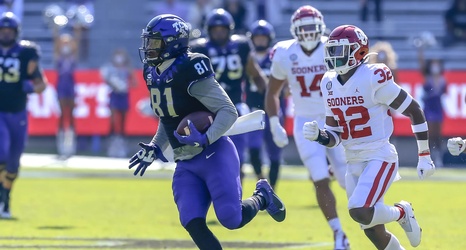 There were a few mock drafts that pegged TCU Horned Frog tight end Pro Wells to the Cincinnati Bengals in the seventh round. While Wells ultimately wasn’t drafted, the Bengals actually came around, signing the 6-foot-4, 250-pounder to an UDFA contract with a reported $15,000 signing bonus, according to the Star-Telegram’s Drew Davison.

An effective red-zone threat, Wells scored eight touchdowns over his last two seasons with the Horned Frogs, earning Second-Team All-Big 12 recognition in 2019, when Wells hauled in five touchdowns. Used primarily as a pass-catcher at TCU, Wells will compete for a roster spot with the Bengals, who return veterans C.