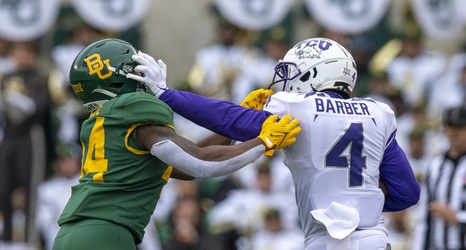 The College Football Playoff Committee released its rankings for the fourth time this season on Tuesday night, with the TCU Horned Frogs again placing at #4. There were losses throughout the Top 25, with all of the top teams getting scares of varying degrees, while one-time contenders Tennessee and North Carolina dropped out of the Playoff race. The ranking almost exactly as we projected, although the Committee did keep LSU ahead of USC, despite the Trojans securing a big-time win over UCLA while the Tigers have two losses on the season.