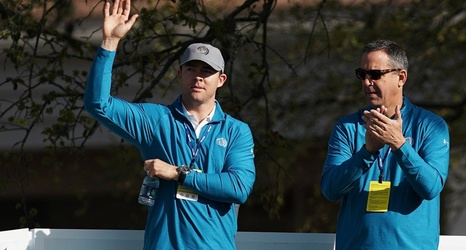 Action: Texas announces a spring tour around the state with athletic director Chris Del Conte to reportedly be joined at a number of stops by football coach Tom Herman.

Reaction: Hopefully this works better than the Charlie Strong's (wait for it) "Coming on Strong" tour after being named football coach in 2014. Strong made headlines on his first stop in Fort Worth by saying Texas wouldn't win the national championship that season. He was right, of course, and for good reason but it didn't exactly ring in a feeling of optimism for the new era.