Will Joey Wendle be with the Rays on Opening Day? 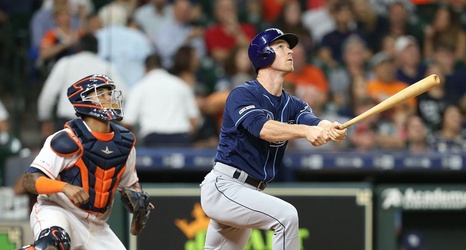 The arrival of Japanese slugger and left handed hitter, Yoshitomo Tsutsugo, may be the last nail in Joey Wendle’s coffin. That coffin has been collecting nails ever since his first season in a Rays uniform, during which, Brandon Lowe quickly rose thought the minor league ranks and made his debut with the Rays on August 4th, 2018.

Lowe’s debut was just the first nail. Then came the extension that the then 24-year-old rookie second baseman received, which ran through the 2024 season and included options for 2025 and 2026. The next nail was slowly but surely hammered into the coffin over the duration of a 2019 season that saw Wendle struggle to stay healthy and produce while Brandon Lowe enjoyed a breakout first half.