Why Rich Hill won AL Pitcher of the Month in May 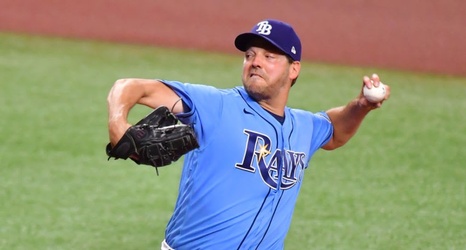 Tampa Bay Rays veteran lefty Rich Hill was named the American League Pitcher of the month by Major League Baseball. What might be the most impressive thing about the award? Hill is 41 years old, and still thriving.

Hill earned the award by pitching to a 0.78 ERA throughout the month of May, racking up 36 strikeouts in 34.2 innings pitched.

Those 34.2 innings pitched were through six starts, in which his record finished at 3-1 in May.

Rich Hill had the Yankees fooled in May

Two of Hill’s six starts in May came against the New York Yankees.