What is Kevin Kiermaier’s trade value? 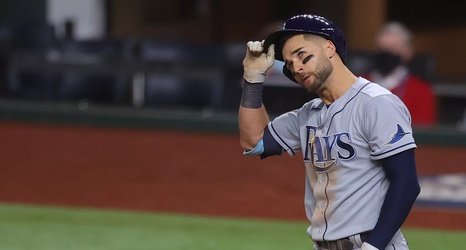 Coming off a World Series appearance the Tampa Bay Rays could have gone with roster stability. Instead they have decided to some uncertainty behind the plate by declining Charlie Morton and Mike Zunino’s option and DFAing Michael Perez.

The Rays like to move pieces around. Some of this has been due to financial restraints, but some has been in making bets on different players. While nobody could ever say the Rays are financially aggressive in making moves they have been very aggressive in their own way.

The biggest shock to the Rays roster would be moving on from Kevin Kiermaier, but the financial unknowns might make that a possibility.