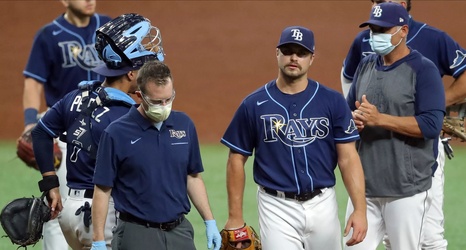 To say the Tampa Bay Rays have been ravenged by injuries would be a tremendous understatement.

Heading into the season, the Rays pitching staff was thought to be one of their strongest features but the majority of the players that would have made up that staff are currently on the Injured List and several of them won’t be back until next season or even later.

In no particular order, here are the pitchers currently on the Injured List for the Rays:

Meanwhile, the upstart Jalen Beeks is likely ticketed to join them after leaving Tuesday’s game with an apparent injury to his pitching arm.