Tampa Bay Rays News and Links: Mike Zunino could return ahead of schedule 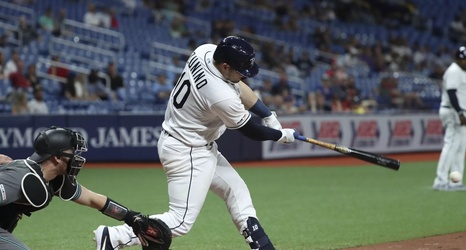 Last night, the Tampa Bay Rays fell to the Los Angeles Dodgers as Clayton Kershaw flummoxed the Rays offense for six innings before Tampa finally broke through in the 7th.

By then, the Dodgers had already built up a six run lead that proved to be too much for Tampa Bay to overcome as they lost, 7-3.

Yandy Diaz, who was removed from Sunday’s game after being hit by a pitch, was a late scratch from the lineup prior to Tuesday’s game. The tests are all negative for it being broken, so the Rays are confident he won’t need time on the Injured List.