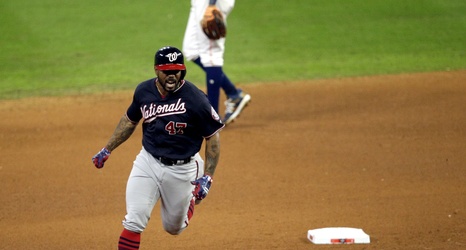 While breaking down the Cincinnati Reds offseason needs, Nightengale discussed the veteran infielder, Howie Kendrick, and the fact that while the Reds would like to sign him, it seems more likely that he lands with the Tampa Bay Rays.

They looked at free agent second baseman Howie Kendrick, who had a .395 on-base percentage in 370 at-bats with the Washington Nationals this season, but a league source said it’s unlikely he signs with the Reds and the Tampa Bay Rays are the frontrunners to add him.

Kendrick, who’s postseason heroics were on full display throughout October, is a native of Florida and may be looking to play his final years closer to home.