Rays welcome No. 36 overall pick JJ Goss to the Trop 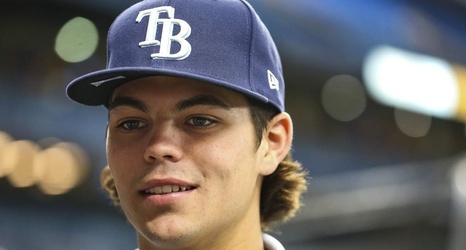 The Rays signed a cluster of top draft picks this week, welcoming several of their highly regarded prospects to Tampa Bay. JJ Goss put pen to paper on Friday night in his second visit to Tropicana Field.

Tampa Bay selected Goss with their second pick in the 2019 MLB Draft, No. 36 overall. The organization signed him to a $2,045,000 signing bonus, the same number as the slot value assigned to the 36th pick.

Goss, 18, will forgo his commitment to Texas A&M University in order to sign with the Rays.