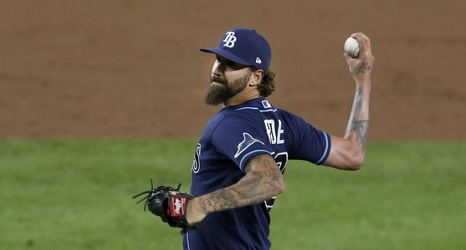 The Rays are returning another injured bullpen arm in 2021, this time with Chaz Roe as he inks a major league deal for $1.15 million, per several reports.

Roe’s signing is a welcomed return to what is quickly becoming a more traditional bullpen in 2021.

Known for a wipe-out slider worthy of top-ten highlights on a regular basis, Roe was waived by the Rays off the 40-man roster due to an elbow injury in the pandemic shortened season.