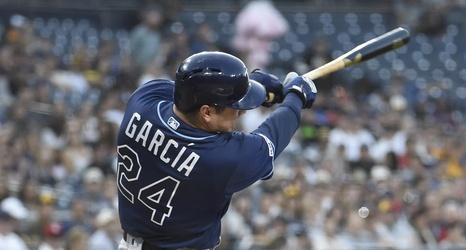 There was an interesting organizational debut in the Gulf Coast League Thursday — outfielder Dylan Cozens. I was under the impression he was out for the season following toe surgery, but that was clearly not the case.

Durham fell to Charlotte, 4-2. In his Triple-A debut, Kenny Rosenberg pitched five innings but allowed all four Knights runs in the third. The Bulls didn’t get on the board until the eighth when Michael Perez hit an RBI single, and Dalton Kelly drew a bases-loaded walk. Avisail Garcia went 2-for-3 and played right field for seven innings.