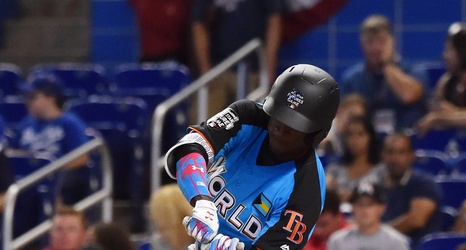 With Lucius Fox’s promotion to Montgomery, it appears Jermaine Palacios will take over the everyday shortstop job for Charlotte. I wondered if that would be occupied by Bowling Green’s Taylor Walls, but he was in the lineup for the Hot Rods Saturday.

As a third-round pick from Florida State, it’s not a surprise that he’s playing well in the Midwest League. Prior to Saturday’s game, he was batting .305 with a .401 on-base percentage and .440 slugging percentage. He only had seven more strikeouts than walks. It would be nice to see him facing a higher level of competition.