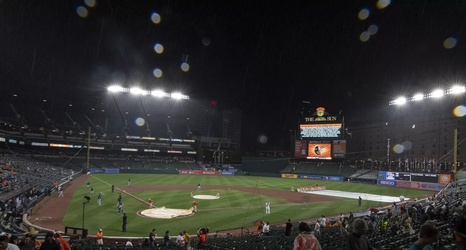 In the bottom of the fifth inning, as rain poured down over the city of Baltimore, with the score tied at two runs each, I silently cursed the baseball gods that Ryan Yarbrough’s night was likely over.

It was not a no-hit gem, certainly, but the young starter had gone 4 1⁄3 with only one earned run on three hits. Two runs if we’re going by box score, but ERA cares not for your box score. He’d also collected an impressive five strikeouts and no walks on only 68 pitches. He had seemed poised to get through the fifth, but the weather gods had other ideas.