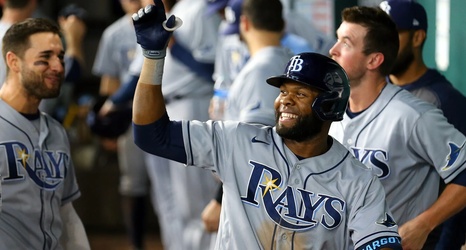 The Rays are in Arlington, continuing their weekend series against the Texas Rangers after dropping the first game last night. Rich Hill is on the mound for the Rays, while Kolby Allard starts for Rangers.

Manuel Margot worked a leadoff walk to begin this game and he moved up to third two pitches later after Yandy Diaz hit a single. On top of that, Diaz moved up to second on the play. It’s a good thing Diaz moved up, because that allowed Austin Meadows to score two runs on a line drive up the middle, making it 2-0 Rays.