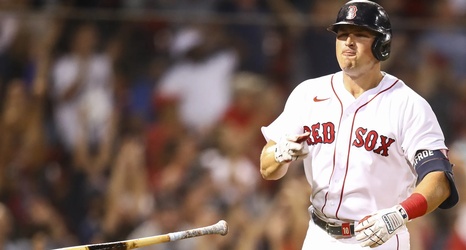 Rays were looking to complete the sweep in the last regular-season game against the Rays and the Red Sox, with Josh Lowe making his major league debut in the lineup. Rays would be facing old friend Nathan Eovaldi

The Rays’ first three baserunners came courtesy of Lowe & Lowe Attorneys at Law. Brandon Lowe opened the game in the 1st inning with a leadoff single, and in the 3rd inning, Josh Lowe worked a walk in his first MLB at bat, and then promptly stole second base easily.

But the Rays couldn't score in either inning, and the score would stay tied after 3 innings at 0.