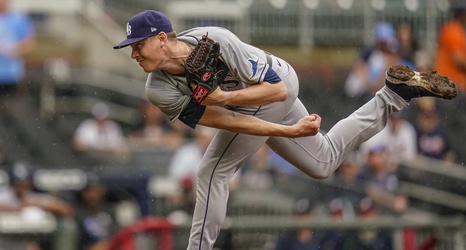 The Tampa Bay Rays have suffered a potential critical blow to their already immensely decimated contingent of pitchers on the roster as Pete Fairbanks departed from Wednesday’s game against the New York Yankees with what is being diagnosed as ‘right shoulder inflammation.’

Fairbanks has been among the Rays most dependable relievers this season, often being called upon in high leverage situations. He currently holds a 3.48 ERA / 3.16 FIP with a 27.6 K% over 31 innings pitched.

With the trade deadline poised to pass in just over 24 hours, the Rays have already been scouring the market in attempts to make additions to their depleted staff of arms and with the injury to Fairbanks, the Rays need to add depth to their bullpen only increases.