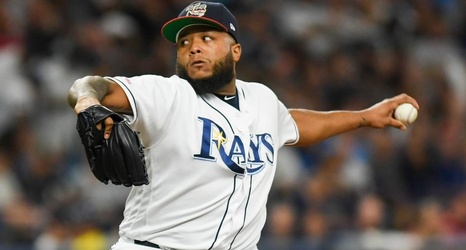 BALTIMORE — What, you might ask, was manager Kevin Cash thinking by bringing in struggling reliever Jose Alvarado late Thursday for the eighth inning of a 4-2 game.

Well, he would tell you, it was an attempt to see if a high-pressure opportunity would get Alvarado straightened out as he tries to salvage a somewhat lost season defined by his inconsistent performance, a month-long personal leave and an extended injured list stay for an oblique strained shortly after his return.

How it turned out, with Alvarado walking the first hitter and allowing a single to the second before getting a groundout that moved both runners, leading Nick Anderson to be summoned from the bullpen anyway, became quite clear.