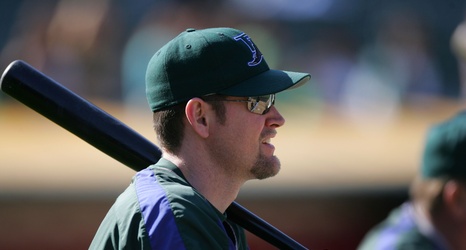 Aubrey Huff began his major-league career with the Tampa Bay Rays in the year 2000, back in the stone-age when they still had a little devil in them. Huff was a true slugger for the Rays.

In seven seasons in Tampa, he clobbered 128 homers including a run of five straight seasons of more than 20 homers.

Huff was a major contributor to the 2010 World Series Champion, San Francisco Giants. He finished seventh in MVP voting and helped lead the Giants to the title.

He finished his career with San Francisco in 2012 at age 35, by celebrating one more championship.